Ultimate Marvel vs. Capcom 3 Review – Gon’ Take You For A Ride

The Skylia Prophecy Is Now Available For Digital Pre-order…

Dead Dust Is Now Available For Digital Pre-order And…

Ultimate Marvel vs. Capcom was reviewed on the Xbox One.

2021 marks the 10 year anniversary of Marvel vs. Capcom 3. A game that is pretty safe to say has been a very important title in the fighting game community for the past decade. Boy howdy, is it ever. This game is one of the cornerstones of the modern FGC and was a factor in making tournaments a spectacle.

In my opinion, this game holds up as one of the best fighting games of the last decade. It’s not perfect (though what game is?) but it’s such a polished and well made game, you can overlook it’s issues. How does this game still hold up today? Let’s find out.

Gameplay of Ultimate Marvel vs. Capcom 3

UMvC3, like it’s predecessor Marvel vs. Capcom 2, is a 3v3 tag team assist based fighter. You select your 3 favorite characters and their assists and you just take to the stage and fight with your team and Hyper Combos (1 & 3 with the amount of meter required). That’s pretty much all there is to it.

Of all the entries in the series, I’d say this one is the most accessible for new players. The mechanics are pretty easy to learn and the controls are very new player friendly. UMvC3 doesn’t have the button mapping of the previous games. However, as you’ll see, that doesn’t make the game lack depth. Oh no, quite the opposite in fact.

This game is very deep in terms of what the characters can do. Team Aerial Combos (TAC), for example, can lead into infinites with the right characters and synergy, leading to lots of damage and meter gain. While likely an oversight, it’s become integral to team synergy and composition…

…and this does lead into the game’s balancing problems. It’s an MvC game so this was kinda expected. However, the top tiers are beyond busted. Things like the aforementioned TAC infinite’s are quite insane with enough of skill and the risk-reward ration is heavily skewed in it’s favor (Dr. Doom, lookin’ at you…).

However, while it is unbalanced, it’s one of the better fighting games to learn. The amount of things you can do with your characters of choice is astonishing and with such a great roster, you can spend hours just on practicing your 3 main characters. Also helping that the fighting itself is excellent, engaging and intuitive and the more you improve, the more you get to do.

All of what I said still holds true for the online mode….but unfortunately, it won’t be a smooth experience. The online for this game on console is infamous for being very rough and it’s quite true. With it being delay-based, lots of matches will be filled with input delay and quite horrendous lag. Once in a blue moon you can find a good match but they too few and far between.

If you have the game on PC however, last year a way to be able to play it with Parsec was discovered and the online was a very smooth experience. To the point that many an online tournament was done and was very well received.

UMvC3 is pretty dry on content, admittedly. Besides Online Mode, there is Arcade Mode, Training Mode, VS. Mode, Mission Mode, Galactus Mode and Heroes and Heralds. That’s pretty much it. Mission Mode and Training Mode is where many players go to start learning more advanced things or hone their skills. In Galactus Mode, you play as Galactus trying to invade the planet and fighting off the heroes. It’s a fun distraction playing as Galactus, but nothing more.

Heroes and Heralds is interesting in the sense of you can modify/give abilities to your teams. In this mode, you collect cards while you either Save the Planet (Heroes) or conquer it (Heralds). It can give you abilities like an extra jump, an air dash, armor on dashes, it’s quite varied. For fun, you can make extremely unconventional and ridiculous teams. Quite a blast if you ask me as it can give another layer of depth to your characters.

Presentation of Ultimate Marvel vs. Capcom 3

This game is beautiful. While it may not have the best visual fidelity, it’s art style and colors more then make up for it. All the characters look great, the particle effects look awesome and the more impressive is that the game never dips. Team Hyper Combos fill up the whole screen often and not once does the 60FPS ever drop. It’s really quite stunning.

Musically, it’s also really good. All the characters themes are memorable in their own way and fit the characters well. It’s also pretty varied in genres: orchestra, high tempo jazz, metal, dubstep, and quite a few others. Presentation-wise, it’s the best game in the series by a country mile.

Yeah, it still holds up as a fantastic fighter. Yeah it’s unbalanced, but it’s still a whole load of fun. With fantastic presentation, great roster and very deep, intuitive yet accessible gameplay. It’s become a game that other fighting games look to in terms of what to emulate and what to improve upon. If you are a fan of fighting games, you’ll find lots to like here. It’s listed as one of the best fighting games you can play on Xbox for a reason. 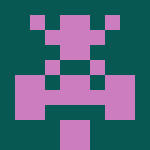 The Skylia Prophecy Is Now Available For Digital Pre-order And…