OUTRIDERS Demo Is Now Available For Xbox One And Xbox Series…

A short time ago in this very galaxy . . . (earlier this week) Disney announced a partnership with Ubisoft to develop a story-driven, open world Star Wars game. Unfortunately, we do not have much more direct information at this time.

While we don’t know much now, it will be interesting to see in which direction Ubisoft and Massive go. Massive are well-versed in third-person action games. More broadly, Ubisoft have become popular with their third-person action RPGs, such as Assassin’s Creed Valhalla and Immortals: Fenyx Rising. Star Wars fans are familiar with the genre after the recent Jedi: Fallen Order, so that’s clearly a popular route to take.

Job listings at Massive also indicate we may be getting a third-person action RPG. There is a listing for a Gameplay Programmer position on Massive’s site. The work described involves player facing features such as “combat, controls, movement and camera”. There is also a position for a Senior Progression Game Designer who will, among other things, “develop progression features, and find the perfect balance for our game economy.” Hopefully, game economy does not mean micro transactions (looking at you, Battlefront II). Either way, the signs and history point to a third-person action RPG with plenty of exploring of one of the richest, and yet largely uncharted, fictional universes we have.

What do you think about Ubisoft’s upcoming Star Wars game? Are you excited, nervous or a little bit of both? Let us know over on the forums or on our social media! Whilst you’re here, you can check out more from our team below: 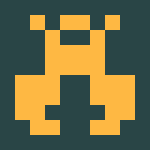 HBO’s The Last of Us Series Gets a New Director, ‘Beanpole’ Filmmaker

HOT WHEELS UNLEASHED Is Now Available For Digital Pre-order And…

Doodle Devil: 3volution Is Now Available For Digital Pre-order And…