Among Us Lands On Xbox Consoles in 2021

Heal: Console Edition Is Now Available For Xbox One And Xbox…

Super Meat Boy Forever Is Now Available For Xbox One And…

Among Us is coming to Xbox consoles in the new year.

Following some speculation, Among Us on console has been confirmed via an updated blog post from Xbox Wire. The news follows the announcement that the hit game would be landing on Xbox Game Pass for PC. Players can expect Among Us on the Xbox One and Xbox Series X|S to be available on Xbox Game Pass.

Following a meteoric rise to fame in the past year, Among Us has quickly become one of the biggest multiplayer games available. It’s an exciting game of deceit and betrayal that will test your friendships whilst exposing the worst in others. Crewmates will have to work together and communicate in order to expose the malicious Impostor(s), whose mission is to sabotage and murder the crew one by one. Be careful who you decide to follow, and make sure you have your facts straight before you start pointing fingers.

The latest addition only bolsters Xbox’s impressive lineup of releases in 2021. Among Us should see huge success on consoles, and there’s a chance its release date will coincide with the new map that was revealed at the 2020 Game Awards. Along with a new space to carry out mischief, The Airship map also teases new ways to traverse the environment as well as some brand-new cosmetics. Check out the full trailer for yourself down below:

Are you going to be playing Among Us on console in 2021? Let us know your thoughts and discuss them with other users over on our forums! Follow along with the latest Among Us news and all things Xbox through our news page! Whilst you’re here, check out more from our team below: 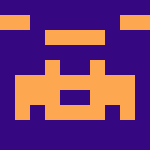 Solitaire 3D Is Now Available For Windows 10, Xbox One And Xbox Series X|S